In my early twenties I met a girl, fell in love and got married. During that time I moved out of my parents’ house and into a condo. Due to some limitations in the size of the new place I elected to not take everything that I owned from my parents’ house. Some things were left behind, others forgotten. When I moved from the condo into a bigger house I finally had the space for some of that stuff that wouldn’t fit into the condo.

This brings me up to last night. I’ve been at this house for years now and was relatively sure that all remnants and leftovers from moving years ago had long been processed in one way or another.

I ran into a snag with some wiring in the basement. I was not really sure what happened, but it was apparent that neither the TV nor any of the electronics in the one corner worked any more. I figured I would bust out the trusty multi-meter and see if I could fix the issue. I had to get at the electrical running out from the TV stand so I removed everything and opened the case where all the wiring and some old storage was located. After digging around I was able to get the electrical issue fixed. As I was about to close the cabinet I noticed in the corner some boxes that were taped up. They did not look familiar at all. My interest was piqued so I decided to dig them out and see what was in them.

When I took the boxes out I noted how heavy they were, and that they still had dates from when I had first moved out. I tore back the tape and flipped open the lid on the first box. My heart kind of jumped a little when I first made out the black, red, green colored bricks. Lego! But how? Where? I thought these had been given away 10+ years ago! I quickly ripped open the second box and was greeted with piles of shiny Lego minifigs . All the directions were there, too. I was grinning from ear to ear as I stared at them.

Space Police, M-Tron, Blacktron, Castle. It was all coming back to me so fast. I had not seen these sets in what felt like 20 years,yet the memories were all there. I picked up a folded Lego brochure that had all the sets in it and leafed through its pages. I was mesmerized, it was like I was 8-years-old all over again. Each successive page brought more memories back.

I picked up the pieces and moved them about, playing with the minifigs, toying with the pieces of ships, waging battle between the M-Tron and Blacktron forces. I know they are simple toys and in reality nothing more. But these toys represent a part of my youth I had almost forgotten. Flipping the pages of a Lego brochure and holding the pieces in my hands took me back to a place I forgot existed. In that small bubble of time I was nothing more than an 8-year-old boy, holding the pieces to greatest imaginary world I had ever known. 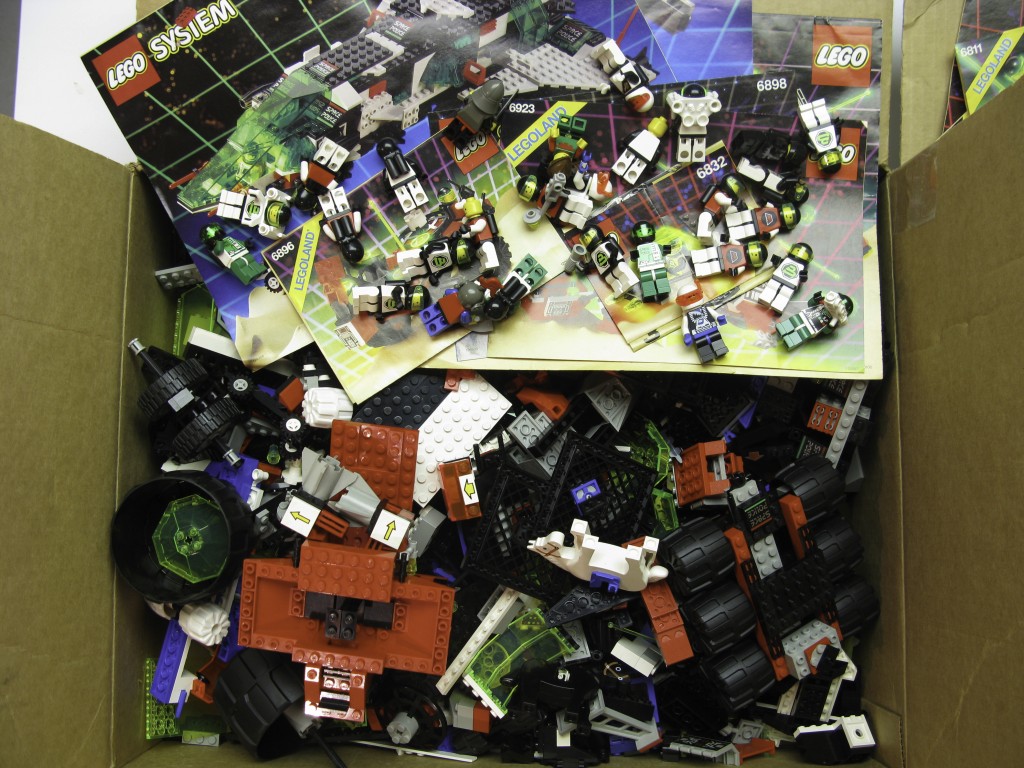 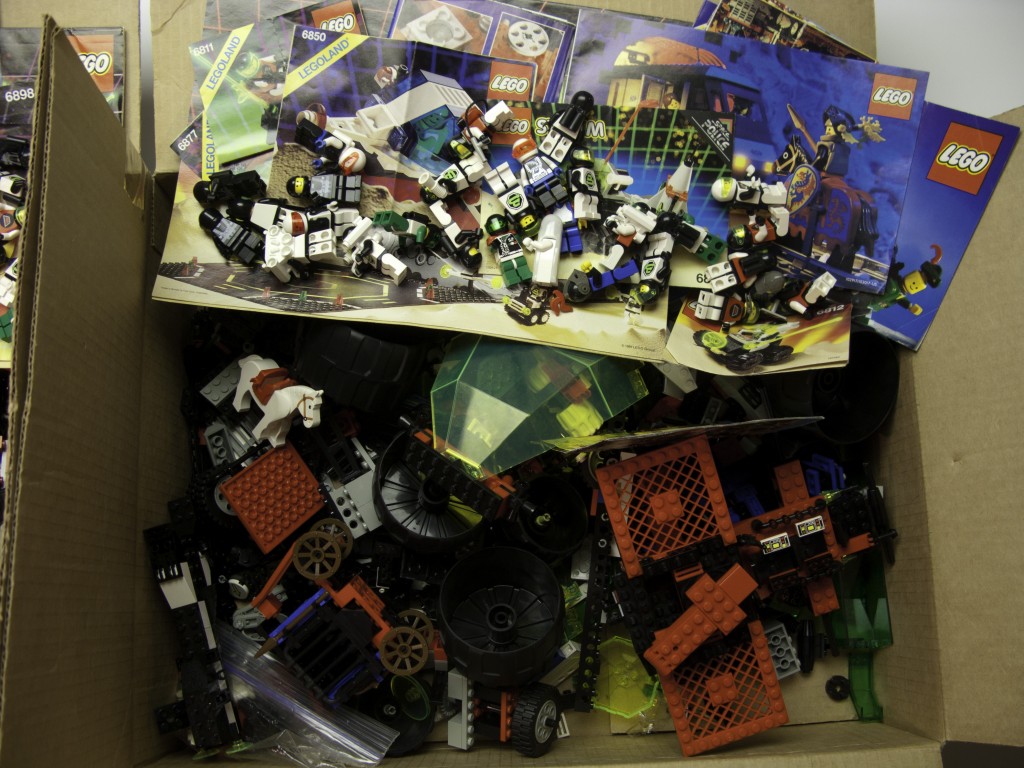