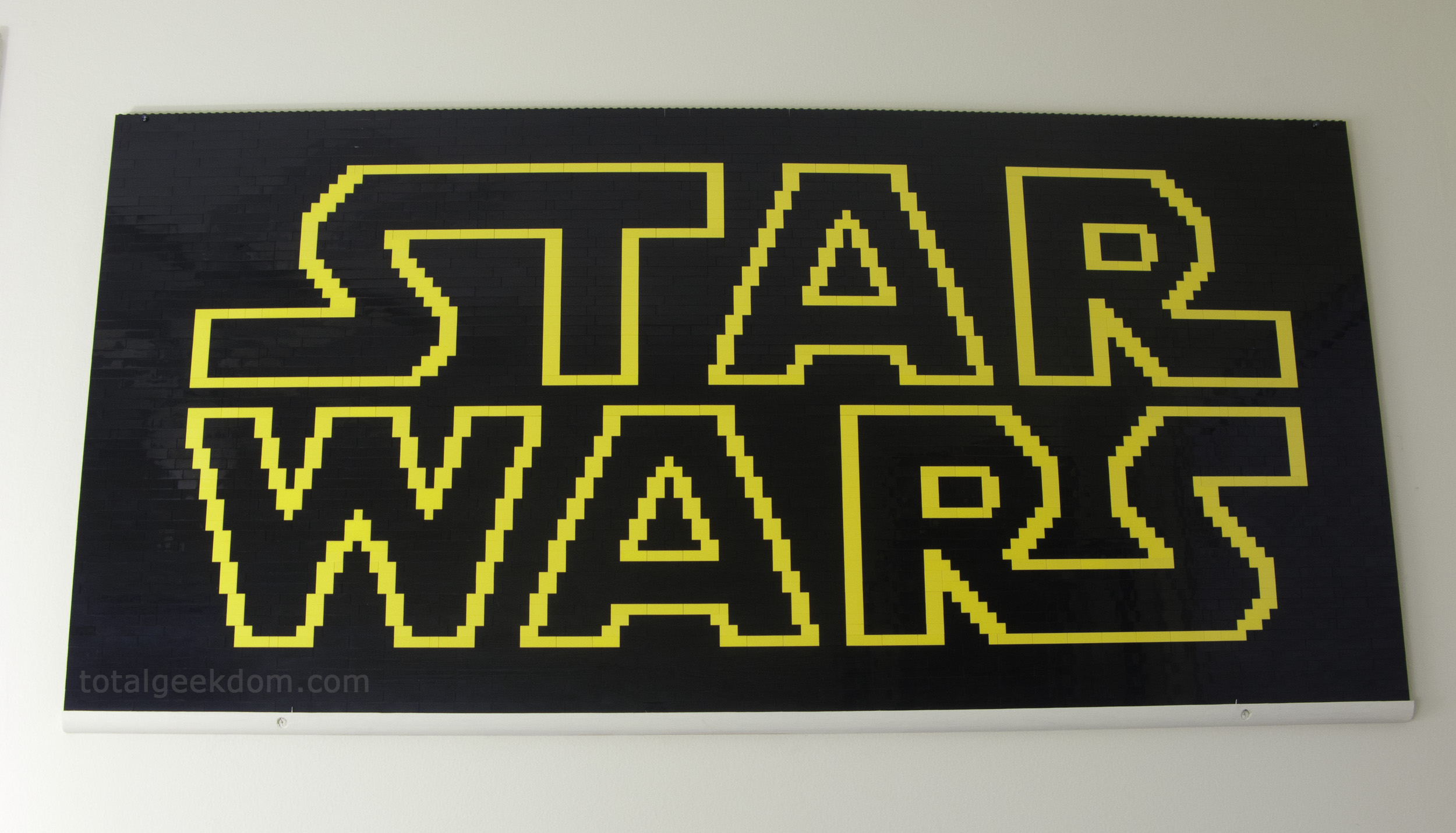 What has 2200 Lego pieces, hangs on a wall and combines Star Wars and Legos into one piece of decorative geeky fan art?

While searching for a cool Star Wars poster I started thinking to myself, “Wouldn’t it be cool if I could paint a giant Star Wars mural?!” But unfortunately, I’m not that fine-art kind of guy.

I needed to figure out how I could “paint” or “draw” something given the fact that I did not have any real talent in those arenas. I’m not entirely sure what sparked the idea but it came to me rather quickly. Legos!

I hastily started crunching numbers. I had a pretty good idea of what I wanted. Something along the lines of 4 feet width by 3 feet tall give or take a couple of rows of bricks. I had some other Legos that I took some measurements from, and then I went through and made some rough estimates.

I headed over to Lego.com and using the pick-a-brick option I went through and picked out all the bricks I thought it would take to get the job done. A couple of clicks later I had my virtual cart filled with lots and lots of black and yellow bricks of all sizes. I placed the order and eagerly came home every day from work hoping that a giant box would greet me at the front door.

When they finally arrived I was overjoyed. The box was quite large; a little over 20 lbs worth of bricks was hiding inside. I cut the packing tape and opened it up. I found bags and bags of bricks. It was all very exciting.

At some point during the planning phase I decided I wanted to document the build. I thought it would be a fun way to go about it. Figured I could use all the pictures when done and make a quick video of the assembly.

After setting up a table and getting myself a spot to take pictures from I started building. I took a photo for every 4-6” built. It took me around 7 days, working for a couple of hours daily before I finally finished. Taking a picture every 4-6” really slowed down my progress.

When I finally finished, my plans were to hang a shelf and sit it on the shelf on the wall. After thinking a little further, I decided I really wanted it to look more like a poster without a frame or anything. So I found a piece of floor molding and cut it to length to match the width of the design. I mounted it to the wall and painted it the same color as the wall. I set the mural up on it and used two small screws to secure the very top corner bricks to the wall. The effect worked well, and it looks it’s just hanging there against the wall. 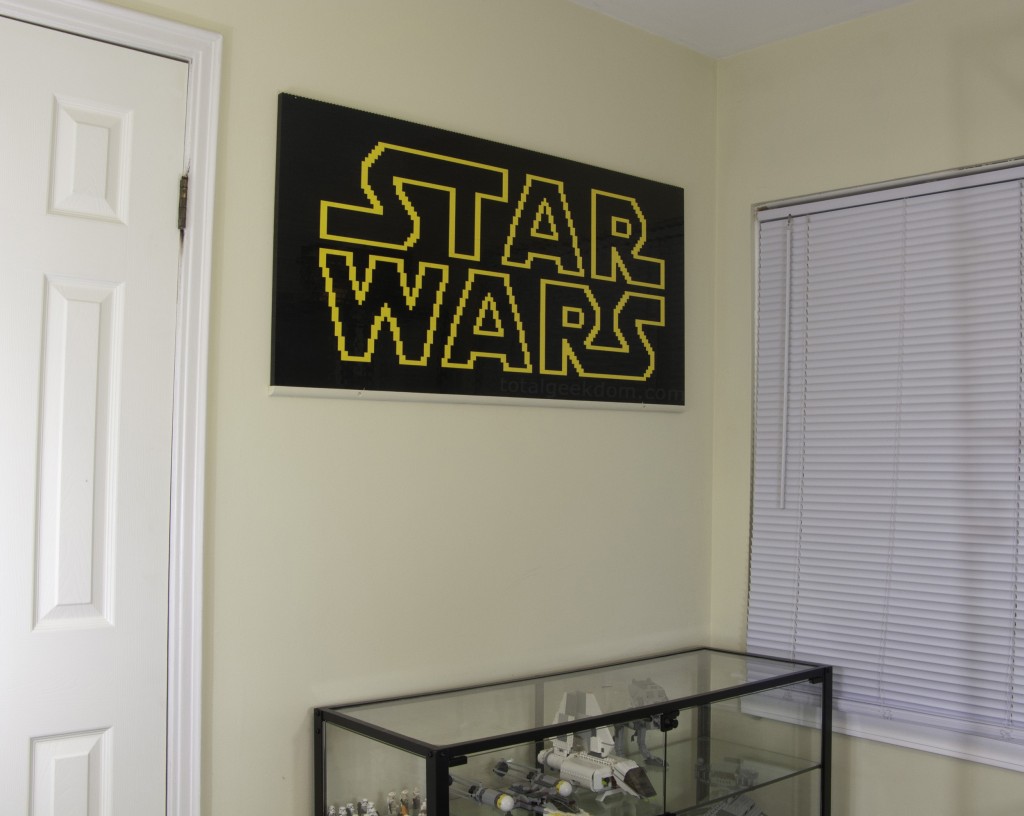 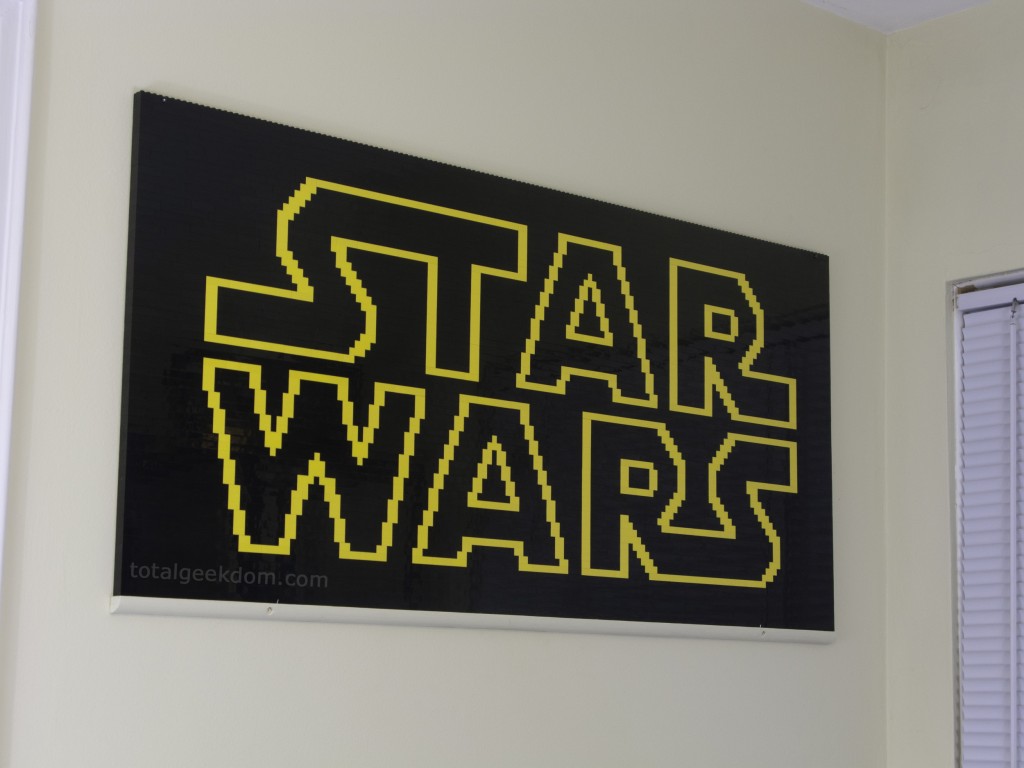 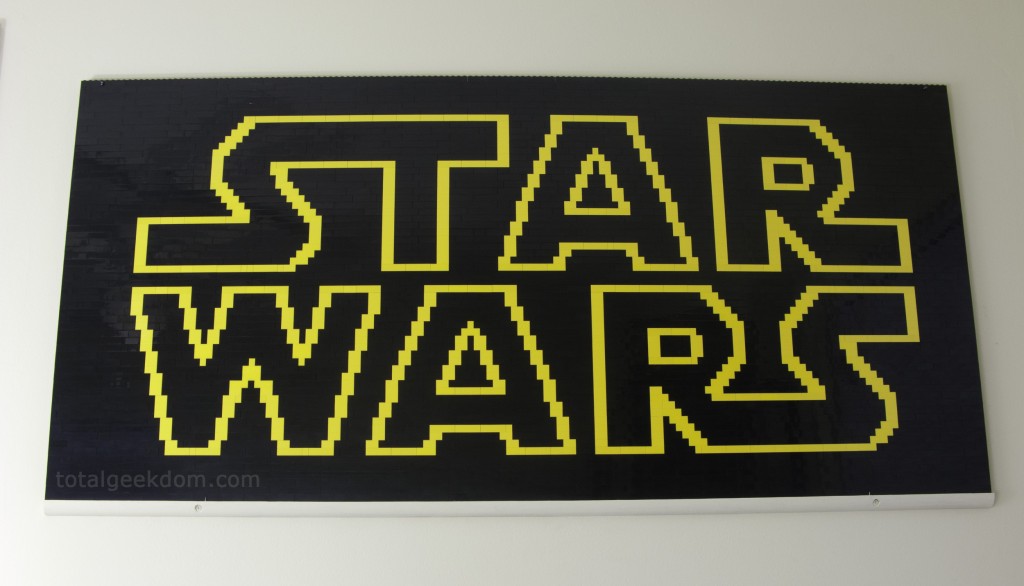 I proceeded to get all the photos together and put together a short movie showing the build progression.  In all the build is comprised of 2200 bricks and the video is made up of about 500+ photos. It was a very fun project that I enjoyed it from start to finish. I now have the perfect Star Wars piece of art for my wall.