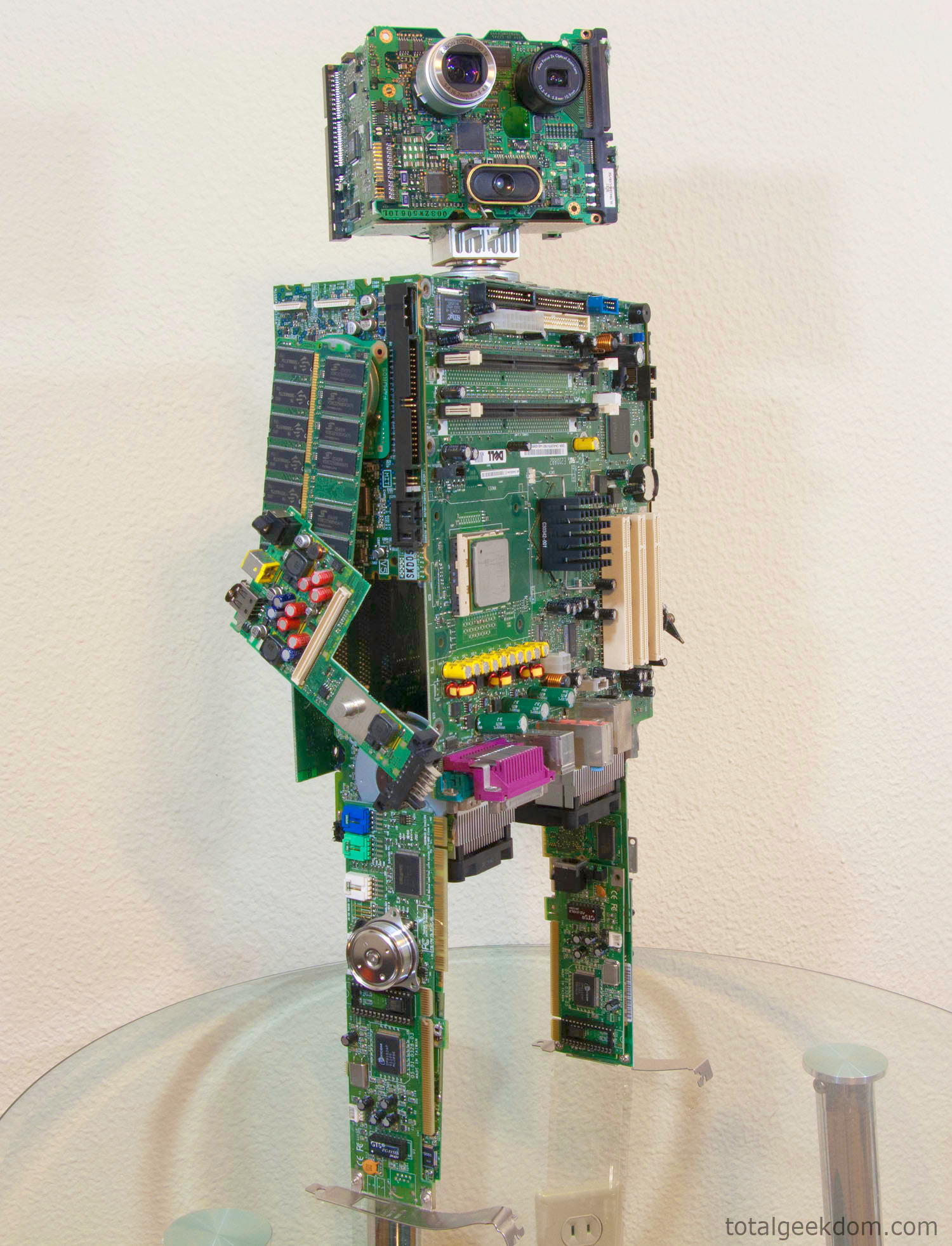 It’s alive! Well, it’s technically not really alive. Nor is it a robot in the sense that it performs some function or task. He pretty much just hangs out, making awesome robot faces. 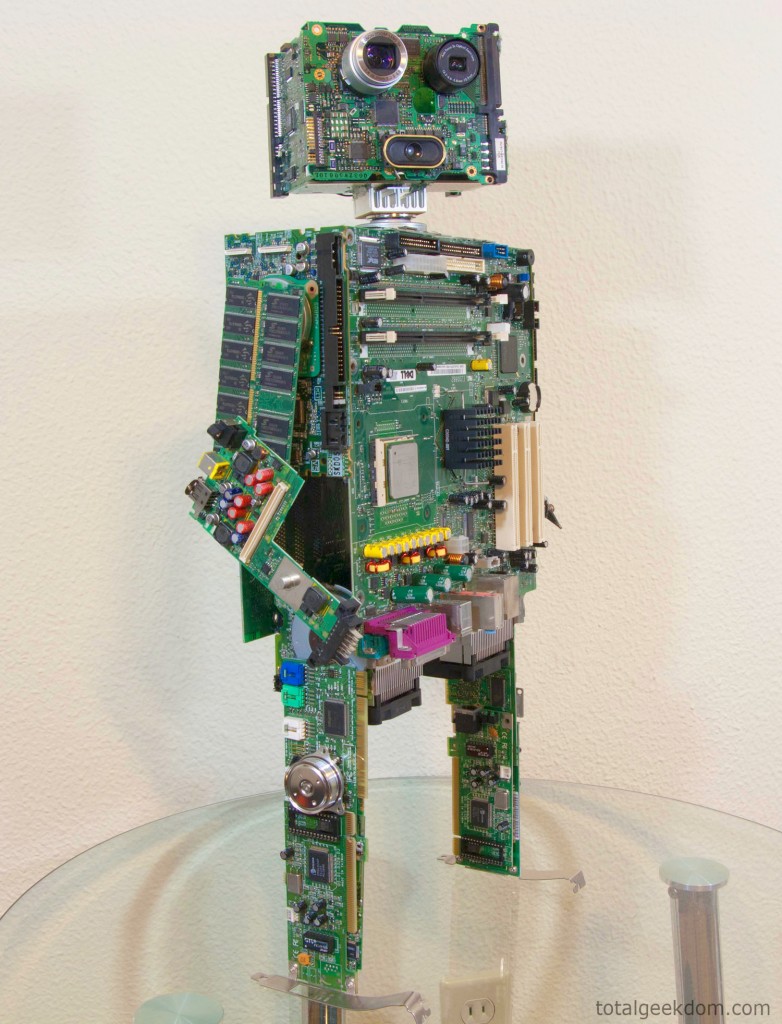 The idea to build a robot out of old, obsolete computer parts came at random. While throwing out some trash I stumbled across a pile of discarded old computers and parts that had been thrown out. As I looked at the pile of parts sitting there with the broken circuit boards, dusty computer cases and rats nest of wires I felt for a moment a brief feeling of sadness for these discarded PCs. At some point in their lives they were once the object of joy as their proud new owner unboxed them and set them up for the very first time. How things have changed since then, seeing them now, discarded, dirty, broken and about to be buried under tons of trash in a landfill.

In this modern day age of electronics and computers, obsolescence takes less time than ever before. From the moment you buy a new electronic or computer gadget the timer starts ticking. It doesn’t take long before that fancy new piece of awesomeness is nothing more than an annoying hindrance. Too slow, too old and too outdated. It’s at this point that people discard these once high-tech devices. Most of them unfortunately end up in a landfill somewhere, while others are put to the side and forgotten. Occasionally they’re recycled.  I began to think about re-purposing.

After seeing the number of parts and pieces in the trash I decided to see what I could build from these old components. The idea for a robot came from wanting to build something that looked like it had a purpose again. Instead of being trash in a landfill this “junk” that had been discarded could be re-purposed as an object of art. Since robots and electronics are complementary I figured it would be a good fit.

I happily discovered that I could make use of some of the random bits and pieces that I had saved over the last few years, such as old CPUs, wires, boards. I started asking friends and relatives for their old electronics they did not want. After a while I managed to come up with quite the collection.

Here is a list of most of the gadgets, gizmos and electronics I used to build my robot dude. 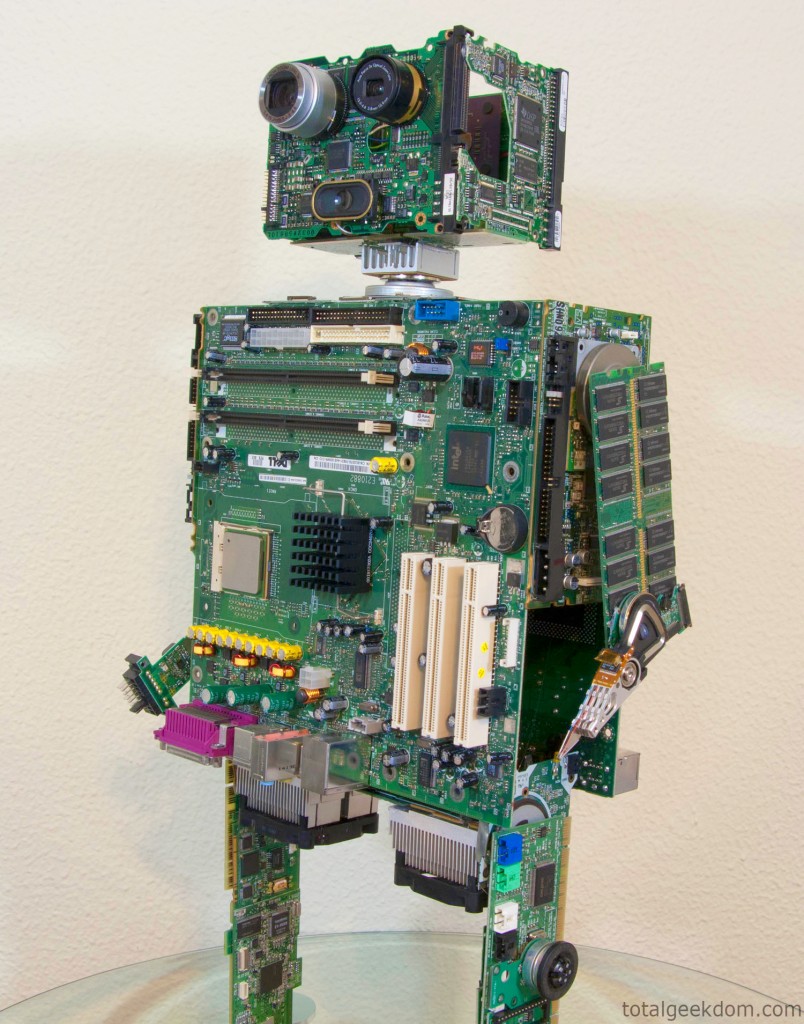 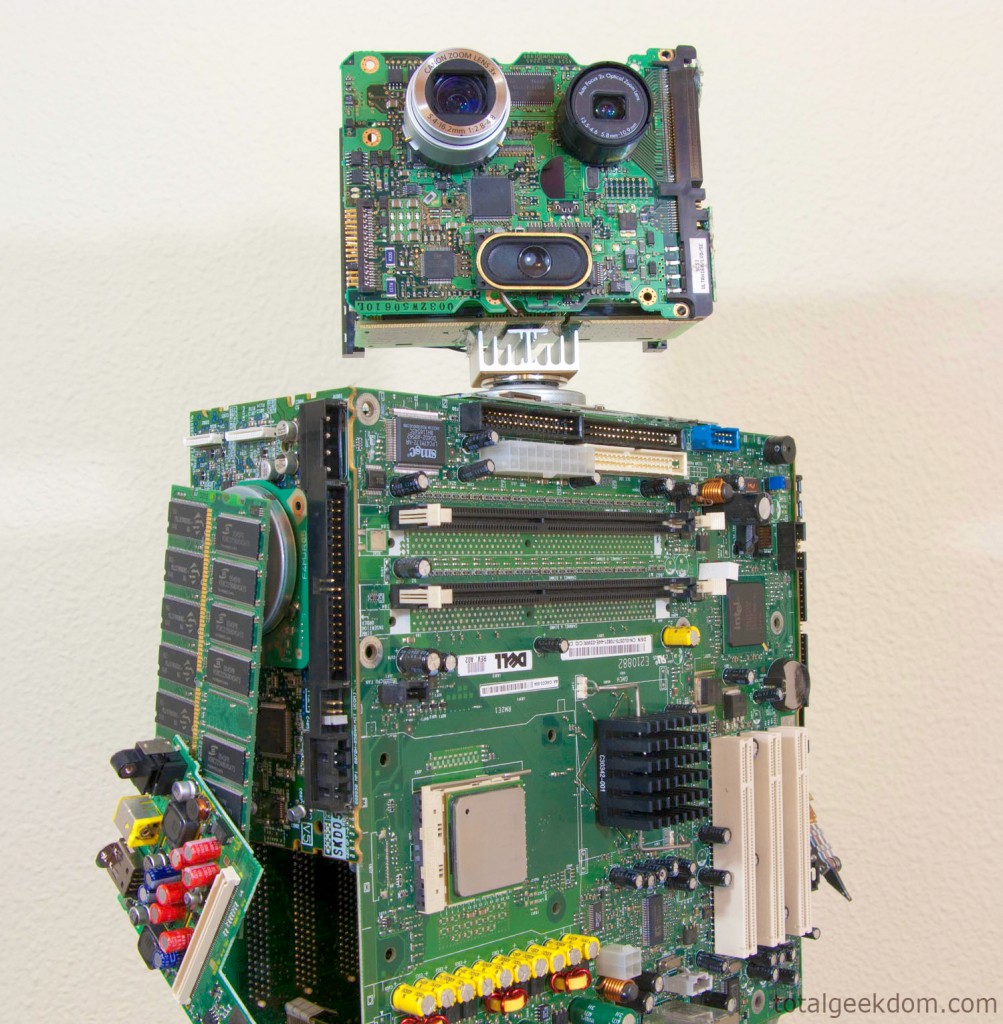 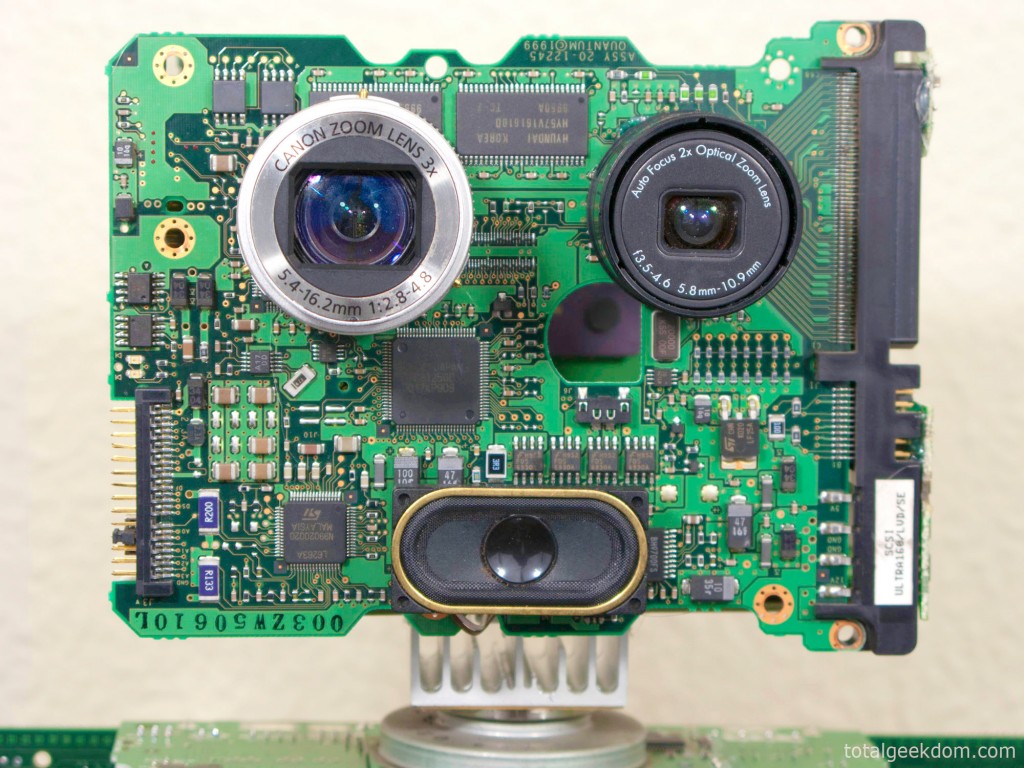 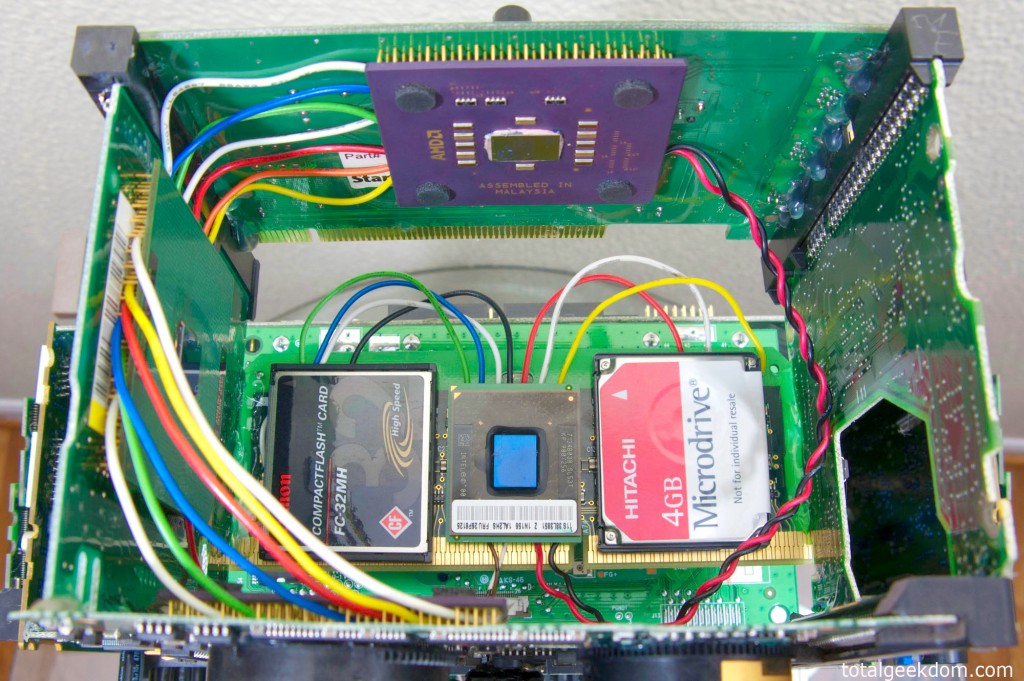 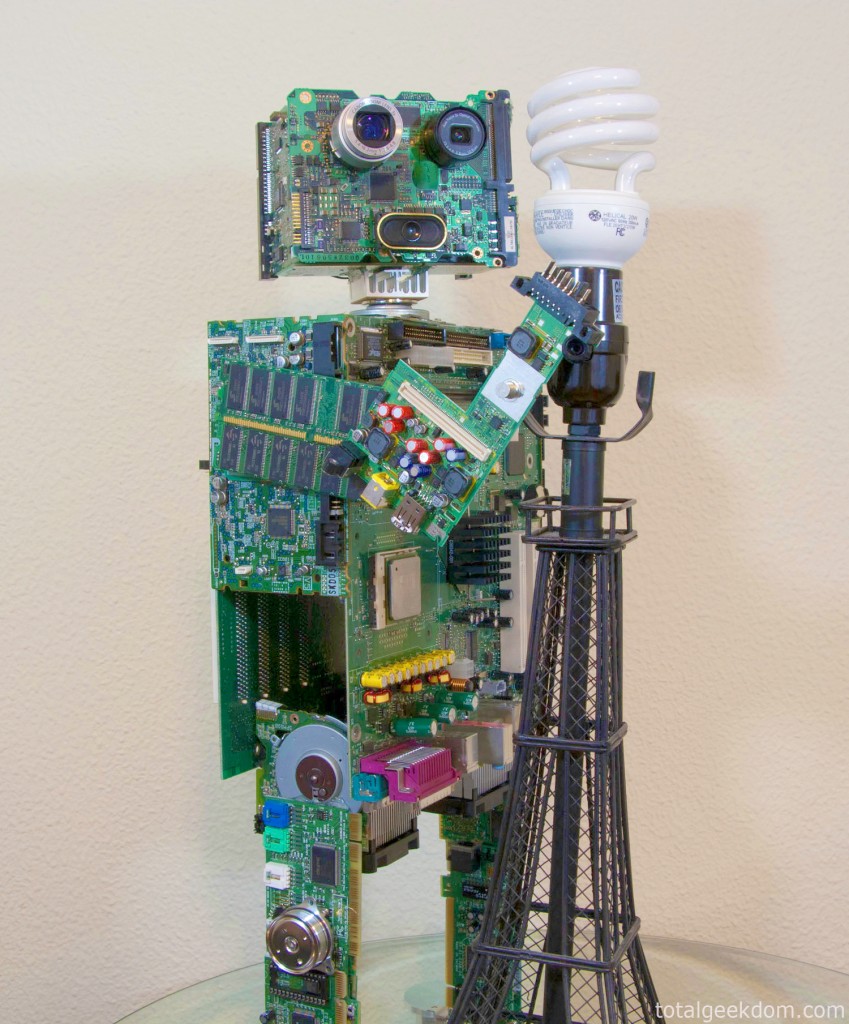 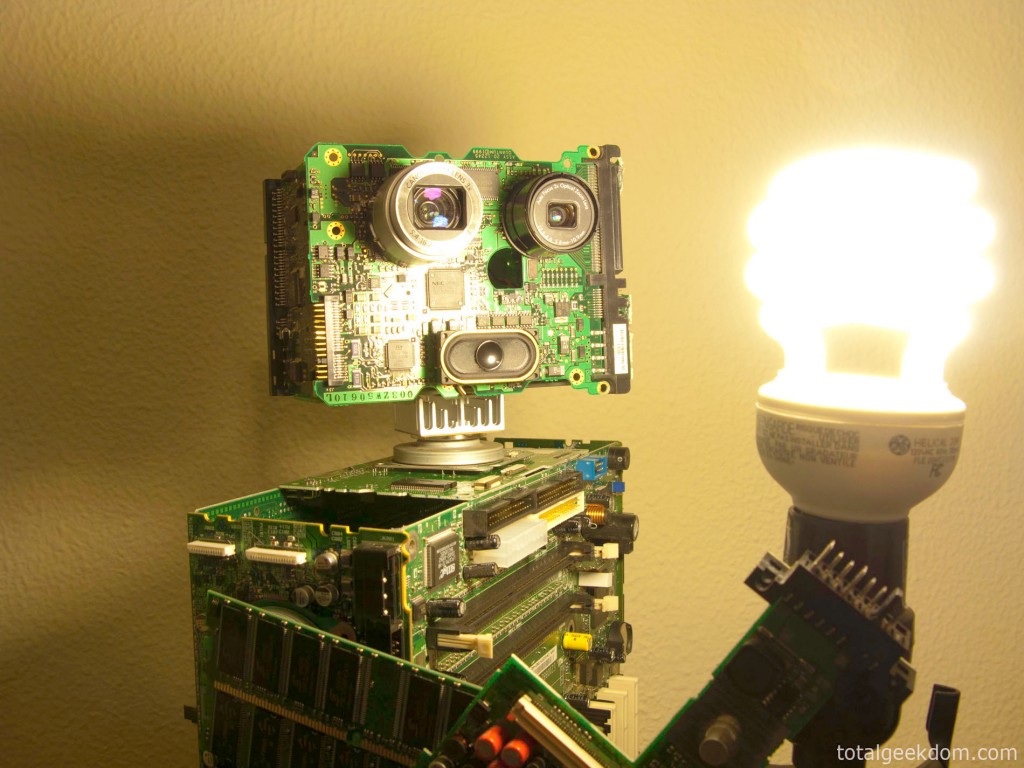 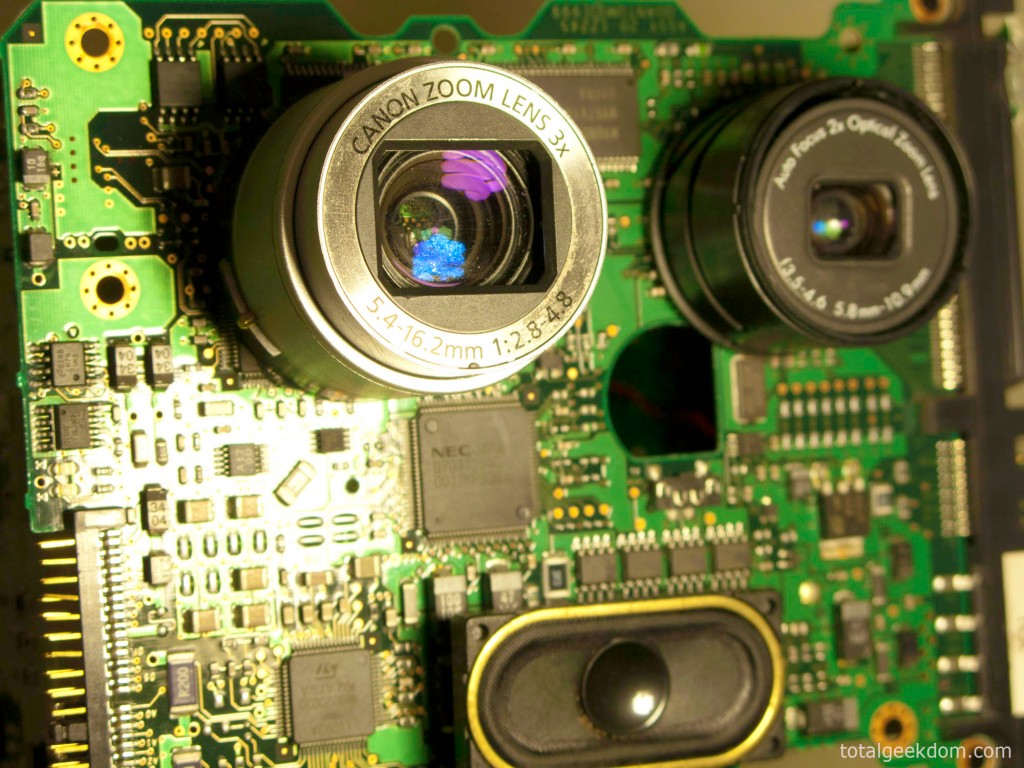 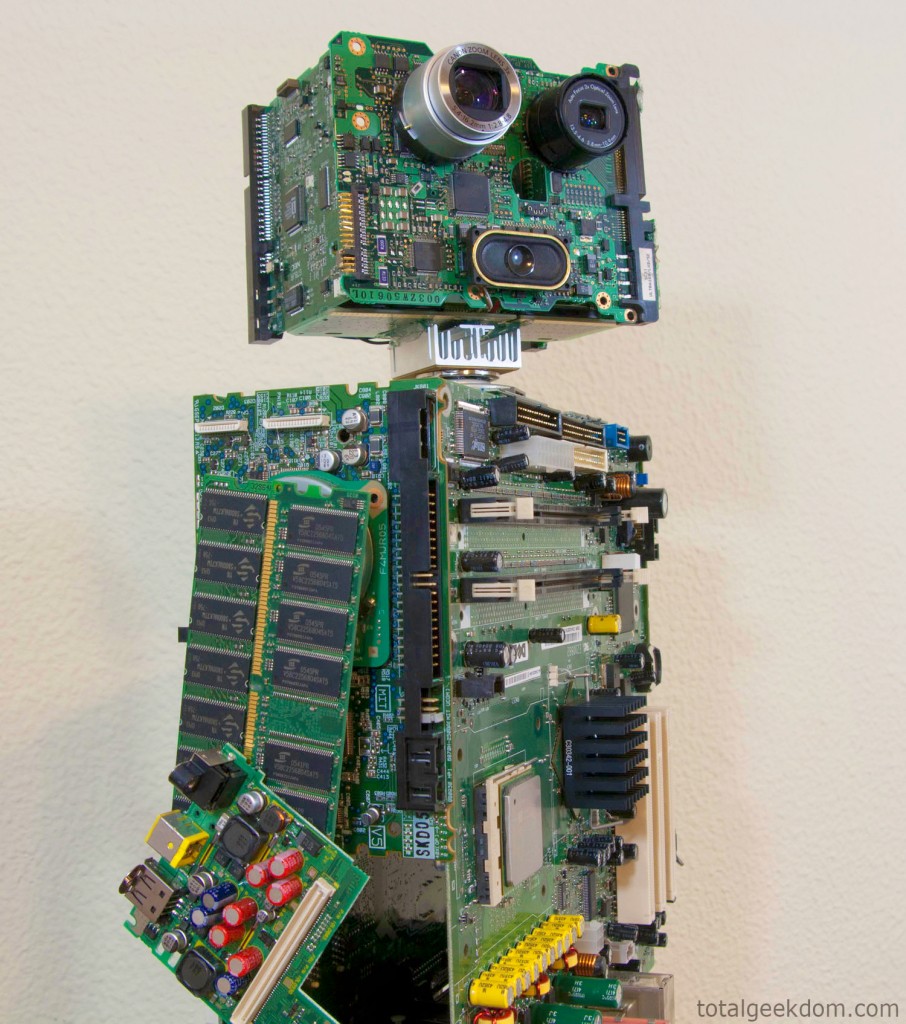 When I started this project I had nothing more than a box of old, obsolete parts that people had discarded. With each part I added during the build process I felt a little more like my robot was coming to life. Camera lenses to see, CPU’s to think, arms, legs and joints to move. After attaching the last couple of pieces I stood back to take a gander at my new robot friend. He was cute, and had all the robotic features a boy could ask for. He put a smile on my face, and with that show of human emotion I realized that those old parts now had a purpose again.